How Archangel Michael Guided Me Back Home 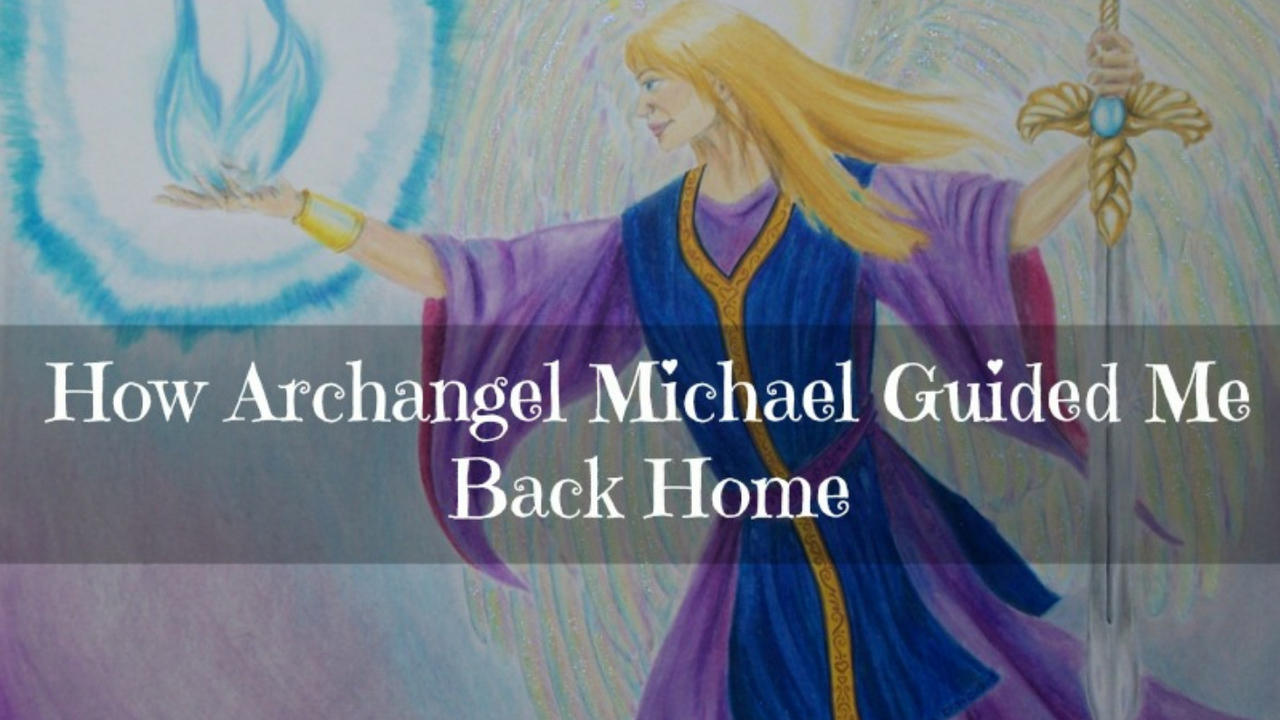 I have a sweet story for you today.

It’s about how Archangel Michael held my hand and guided me back home last Saturday (27th February 2016). He has done this for me before. There are many stories by others too about being guided home by him.

Why do I want to share this story? 1. Because I loved what happened. It made me happy. 2. Because I want you to have faith that we are not alone. 🙂

I was to travel back from San Francisco to San Jose on Saturday evening by the 6:15 pm train.

Normally there is one single, simple, straight train from San Francisco to San Jose. But that day it was going to be different. There was some construction on the way. So the train would go only till Burlingame. There I’d need to take a bus to Hayward Park station, where I’d get the next train to San Jose.

For most people that’s no problem. But remember, we are talking about me here. So I tried getting my husband to agree to driving all the way to San Fransisco and picking me up. He tried telling me it won’t be scary. But I was getting more terrified by the minute. Finally, my husband asked me, “It will take 1.5 hours for me to get there with the current traffic. Do you really want to wait that long, or just take the train?” I was about to say — JUST DRIVE HERE FOR HEAVENS’ SAKE!! But suddenly my left arm got very very hot. When Archangel Michael wants me to know he is around, he “holds” my left hand, which gets hot. This evening, instead of my left hand getting hot, my entire left arm got hot, so I knew he was trying to say something. And he said, “Take the train, I’ll take you home”.

So here I was, at the Caltrain station. Bought the ticket, and saw there were several gates to several platforms with several different trains. Brain freeze moment. Which gate?? Which train?? It didn’t say anywhere which train went where. I am not comfortable talking to strangers, and was wondering who to approach, when a lady standing near the gate closest to me turned to her friend and said, “This is the 6:15 train”. Cool! 😀 Problem solved.

Got a seat and sat down, and started to get nervous again. I thought to myself, “I wish I knew someone here who was going to San Jose so I’d feel better”. Almost immediately, the man sitting in front of me turned to someone else and announced loudly, “I am going to San Jose”. Cool! Problem solved. Plan of action: Follow the man.

All this while my left arm remained hot. I knew Archangel Michael was with me.

When we arrived at Burlingame station, I got off the train with others, but to my horror, the man who said was going to San Jose had disappeared. I was going to press the panic button in my brain when I spotted the ticket checker, and a lady walked up to her,  and said, “I need to go to San Jose. What should I do next?”. The ticket checker gave her directions to go and look for the Hayward Park bus. So I took my finger off the “brain panic button” and mumbled, “I want to go to San Jose too”. The lady smiled brightly at me and said, “Let’s go!” 🙂 Another problem solved.

So I followed her and suddenly found many people asking me which bus they needed to take to go to San Jose. Somehow knowing that others were as unsure as me made me feel a lot less of a dimwit. haha! Maybe I looked like I knew what I was doing even though I was pretty clueless.

Found the bus that had “Hayward Park” written on it, and all of us settled in.

My next problem was — how would I know which train to take from there?? Remember…this is me we are talking about – I’m morbidly afraid of going anywhere alone. The only thing scarier than traveling alone is the cockroach.

When the bus stopped, and I was reaching for the panic button again, I saw that there was only one train. I could go nowhere else. Phew! But just to be sure I asked the Caltrain employee standing there who confirmed that was the train. I was beginning to feel like a real pro by then.

I got settled on the train near a young Russian family. They had a 4-year-old son. Just when I began to feel a little uncomfortable about being alone, the Russian mum called out to her son, “Mikhail!!” 😀 And I knew that was Archangel Michael saying he was there.

And in an hour I was in San Jose.

What was amazing was how I was guided at every step. I had to think of a question…and someone answered immediately.

There are so many instances of angels saving lives. My experience wasn’t really dramatic like that. But to me, it meant everything, because I am not joking when I say I am afraid of traveling alone. So his being with me, and guiding me at every step was very important to me.

He has done this before for me. There have been other stories when I have been lost, and he guided me home.

Nothing is too small or too big for your angels. Never be afraid to ask for help and guidance. They will not live your life for you. They will not take away important life experiences from you. But they will make life much more pleasant and easier by guiding you and loving you.

If you feel lost, try this. Ask Archangel Michael to take you safely to your destination, and see what happens. By the way, he also helps if you are feeling lost in life, and need guidance in what step to take next. 🙂

Download Free eBook on "Learn To See Auras" & get Weekly Angel Readings delivered to your inbox.

Check your email after submitting your information. You will get an email with download information for your free eBook.

If you do not received the email in the next 30 minutes, please check  your spam folder and whitelist my email address.

Your information will not be shared with anyone.